The Waves is a series of paintings carrying straight lines of cotton tape criss-crossing each other. Suspended a few millimetres away from the surface, these tapes act as a support for various colours to reflect off the canvas, so in effect the perceived colour is applied by the action of rays of light.

In the specific setting of their placement in Gallery 4 at Five Walls, the paintings were connected, the lines of reflective colour continuing from one painting to the next, so that they could also be taken to represent rays of refracted light bouncing around in the space of the gallery.

The exhibition explored some ideas from my previous show, The Planes, in which the corresponding lines on opposite walls were parallel, which meant that lines of the same colour described flat planes bisecting the space.

The Waves is also a series of straight lines, but – literally – with a twist. Taking advantage of the fifth wall to reveal it, I allowed the angles of corresponding lines to vary. This meant that the planes in the space at Five Walls were no longer flat. Extending into the distance, these twists could be imagined as part of larger ripples, or waves.

Away from the gallery space, the paintings are still paintings, the whole carefully allowing for the integrity of its parts. 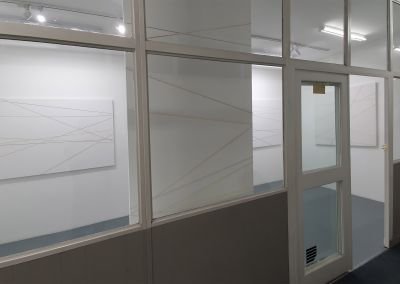 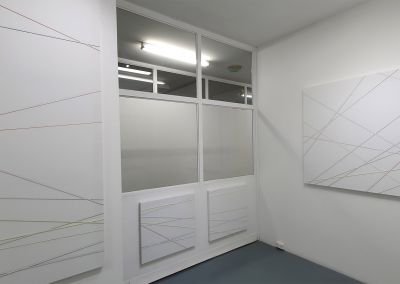 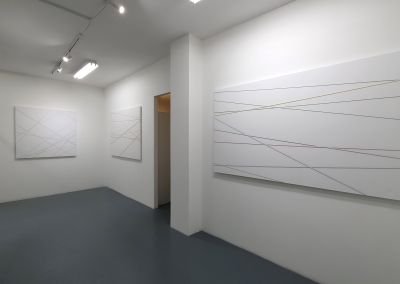 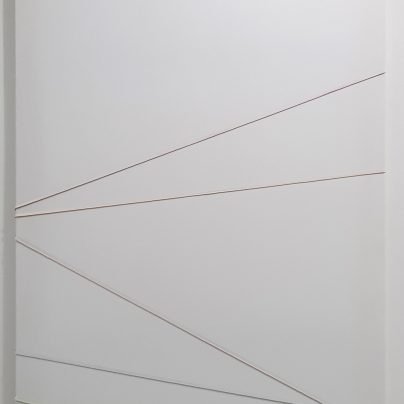 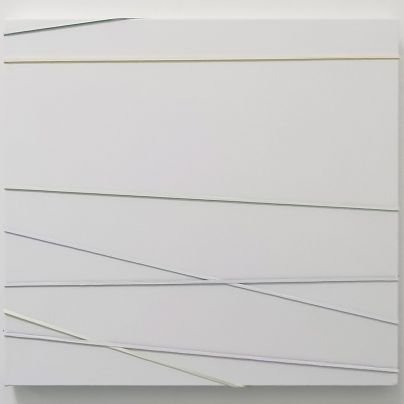 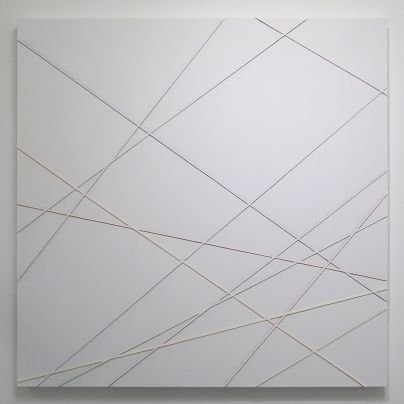 The Waves Back Left The Waves Back Right 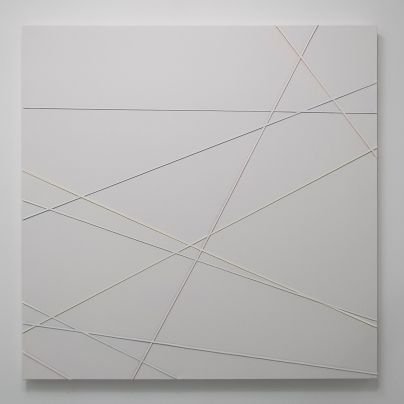 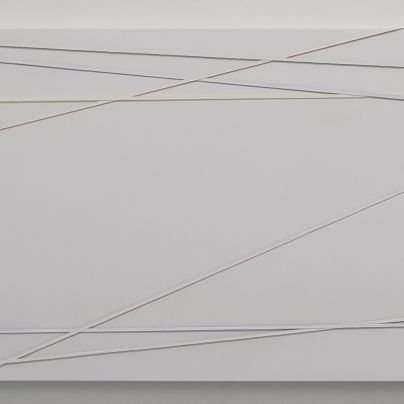 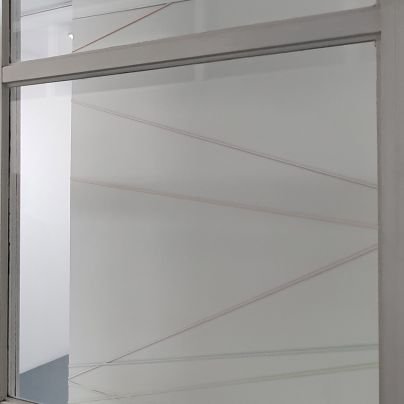